The projects the new class brings to the Fellowship include stories of resistance and resilience spanning the globe, with subjects ranging from a young poet from El Salvador to a community of refugee musicians from Vietnam, and a community of activists fighting for climate justice in Detroit. The 2021-23 Lab also includes multiple projects focused on formerly incarcerated individuals and their families.

Beginning with the 2021-23 class, Firelight will offer a $25,000 grant for each project accepted into the Documentary Lab — $10,000 more than in previous years — to provide financial support for the in-progress productions.

“We are once again impressed by the quality and volume of applications we received to the Documentary Lab this year,” said Firelight Media President Marcia Smith, who launched the program in 2009 with fellow Firelight co-founder Stanley Nelson. “Despite the many challenges faced by emerging nonfiction filmmakers of color – particularly throughout the Covid-19 pandemic – we are heartened to see that so many filmmakers remain committed to telling their own stories on their own terms. We are especially proud to be able to increase project grants to $25,000 this year, which will have a transformative impact on each of these productions.”

Firelight Media has supported more than 100 filmmakers of color through the Documentary Lab during the last 12 years as part of its mission to make the nonfiction film industry – and public media in particular – more inclusive.

Here are the 2021-23 Documentary Lab fellows and their projects:

Elizabeth Ai, New Wave
A coming-of-age story that celebrates the trailblazers who rebuilt their community and forged a music industry more influential than the one they left behind in the wake of the Vietnam War.

Sisa Bueno, For Venida, For Kalief
A late mother’s poetry echoes a movement for criminal justice reform for her son.

Ben Corona, Sacrifice Zones: The 48217
A photographer and other residents living in southwest Detroit challenge a corporation to be more environmentally responsible and purchase their homes.

Gerardo del Valle, The Past Is Waiting Up Ahead
Poet Javier Zamora revisits the route he traveled as an unaccompanied minor twenty years ago.

Contessa Gayles, Life + Life
An incarcerated musician struggles for healing and peace as he comes of age in this documentary-musical odyssey composed behind bars.

Set Hernandez Rongkilyo, unseen
A multi-platform documentary that follows the story of Pedro, an aspiring social worker who happens to be a blind, undocumented immigrant.

Ashley Tyner and William Tyner, Untitled
A film following the lives of three Black women leading the movement for Black liberation in the Twin Cities.

Xinyan Yu, Made in Ethiopia
Film description to come. 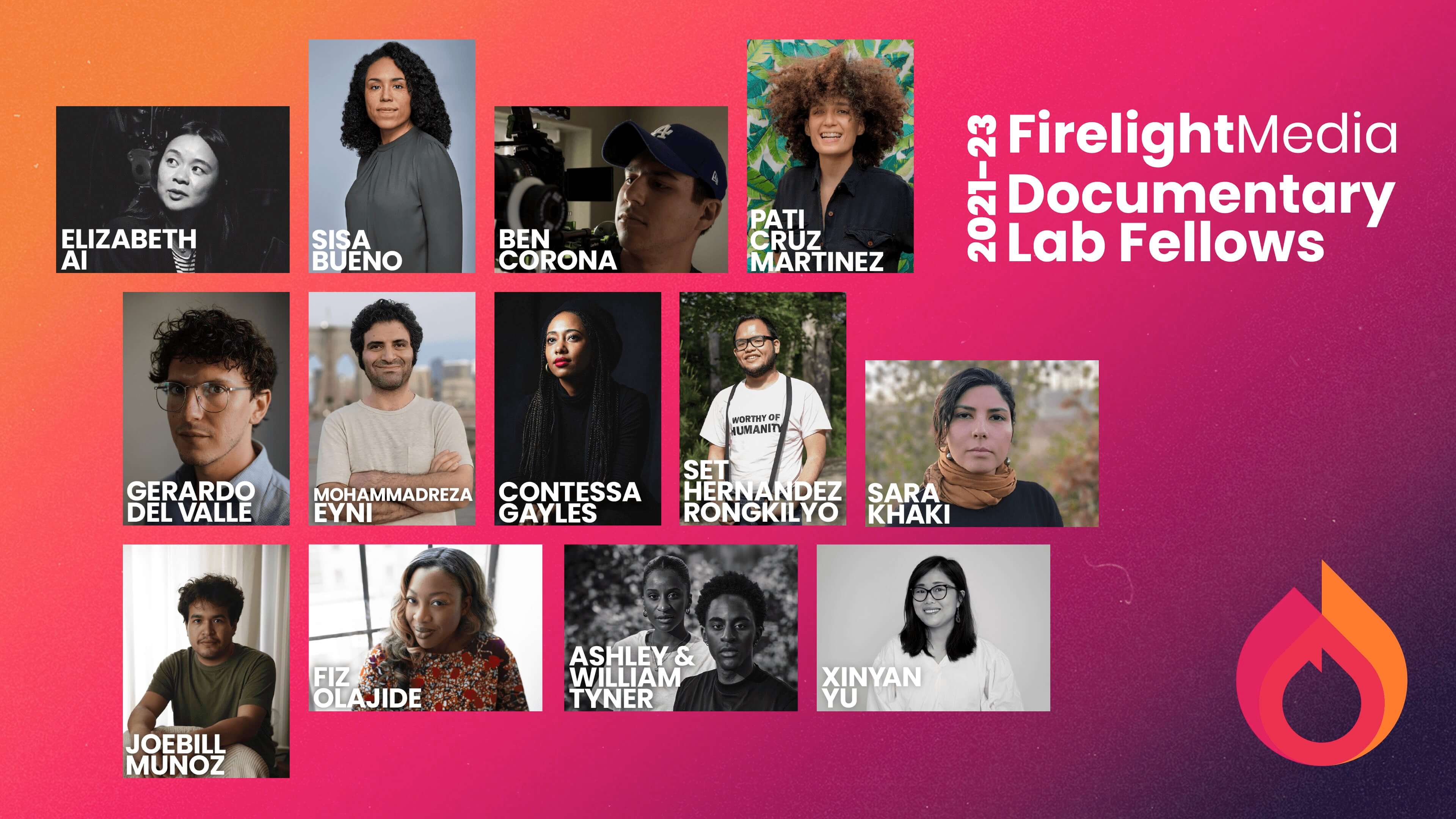